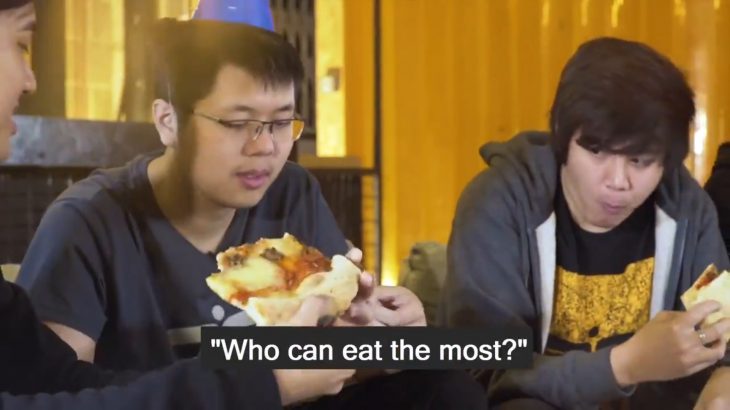 With three days of non-stop games behind them, these gents can finally have a peaceful night's sleep! pic.twitter.com/eD0N4n27sW

thanks everyone that cheered for us. qualifying to TI is something i've never felt before but it feels amazing. Thanks everyone <3

Incredibly happy we made it to TI8. So proud of the boys. The OG spirit helped us bounce back after what we went through at the end of the season. Keep giving your best, be good to people around you and eventually things will work end up working out 😇😇😇😇

It’s been a challenging year for me to say the least, been a coach, a mid player, a carry player and I’ll be making my ti come back as an offlaner 😜

Thanks all who have been cheering for us! Hope you all enjoyed watching us as much as we enjoyed playing. GOING TO MY FIRST TI! HYPEEE!! 😀

After what happened to old OG, it took a while to realise that it's still possible to go to TI8. And here today, we are enjoying our sweet moment winning the qualifiers with @TopsonDota and @anadota99. SO grateful for everything..! Thx for everyone cheering… See you in Canada!

Have a slice and a @MonsterGaming with the boys going to Vancouver! 🍕 pic.twitter.com/hh6Wu8E3dI

Every match I have no idea the game is over because the entire enemy team is muted. 🙃

People pause after GG because they take off their headsets and it hits the pause button. I do this all the time.

We're going to TI8! See you guys in Vancouver

VGJ.Storm realizing what they just accomplished!

It’s been a long road. pic.twitter.com/lvPokDzBBY

A soaring performance from @Team_VGJ Storm!

The 1st to qualify for #TI8 from the NA Qualifier! pic.twitter.com/PUVrg8HAAk

Our very own @KBBQDotA on VGJ.Storm qualifying for The International 2018! pic.twitter.com/ginmfhKvpo

The team took a well deserved day off after securing their spot! pic.twitter.com/HA7qViwUon

A small measure of Peace 🙏

FUCK YEA HISTORY DID NOT REPEAT ITSELF FROM LAST YEAR!!! FINALLY WON THE TIEBREAKER!!!!!!!!!! SHOUTOUT TO ALL MY FANS WHO HAVE SUPPORTED ME IN PARTICULAR @DuckYaya_2222

Qualified to The International 2018!! Super proud of my team and all the work that we put into this!!

It’s your turn now bro @MiSeRyDOTA go get them 👊🏻

Strongest TI in terms of teams so far.
Super excited to play in Vancouver 🙏🙏🙏

Very proud of my team, we have grown a lot and come a long way, hopefully we can continue to prove ourselves on the biggest stage. Big thanks to @Team_VGJ for all the support, they were a huge part of the process

Game 2 goes in our favor from the get-go as we defeat @Immortals in less than 18 minutes. With that 2-0 victory, we punch our ticket to #TI8.

We're happy, but the real work starts now. We hope to see our fans out in full force. #BleedBlue pic.twitter.com/spdsGbxLZ6

Calm, cool and celebrating the win.

Sometimes the hype is on the inside. #BleedBlue pic.twitter.com/0IadswTAOA

I feel like the entire season has built up to this one moment of relief, so happy and proud of everyone that endured with me @Arteezy @SumaaaaiL @BuLbaDotA_ @Phillip_Aram . This year was maturing beyond imagination, cant wait to enjoy the privilege of playing TI. #bleedblue

And to all the fans that truly stuck with us, you guys make it all worth it

I still cut it.

Qualified to TI! Thanks to everyone who supported me so far on this journey. Excited to get to play in Vancouver

Ladies and Gentlemen, we are going to The International! pic.twitter.com/WkBJUGuJcG

WE FREAKING DID IT. Absolutely could not be happier. Thanks so much to my team and all the people who have supported me all this time. And massive shoutout to every team that played in these qualifiers and poured out their heart and soul into this game.

Qualified to my most favorite tournament 🙂 #greenwall pic.twitter.com/rdexIMqvwr

Happy to be going back to ti as a player this year, grateful for my teammates and for being a part of optic! #greenwall

Qualified to TI! Ty to my team and everyone who cheered for us.

The dream is real VAI CARALHO

.@paiNGamingBR become the first Brazilian team to ever qualify for TI…

History has been made this evening.