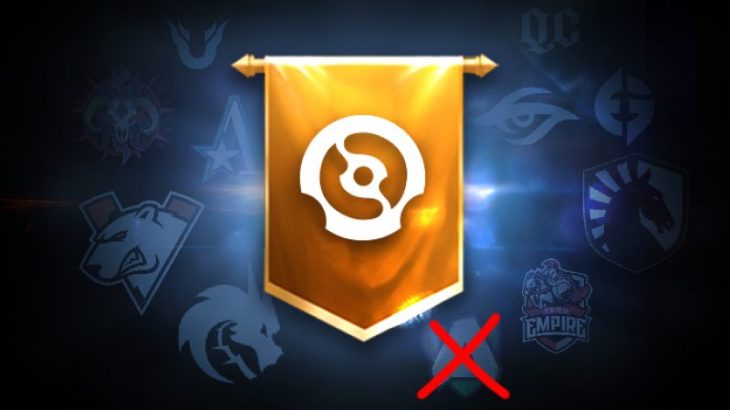 Also not blaming alliance for following rules and checking with ESL eventhough I think they could've definitely gone about this different and together with the rest of the teams like we usually do.

But why are things like this XD
It's MAJOR news!!! Need better communication 🐒

Hello everyone. I felt the need to elaborate a bit more my position on the recent situation about Alliance having their coach with them in-game making calls and helping them with information/communication. This is by no mean OG’s position or statement, but simply my take as a 10-year-plus long competitor in DotA.

First, I want to emphasize how big a difference having a coach in-game brings to the game. DotA is a game that requires many skills, as I am sure you have all experienced. There is the “micro” part of the game, or some would call is “technical”, that is basically about how quickly and precisely you can execute your actions. And on the other side, there is the “macro” part, or tactical, aspect of it. That part is mostly about your ability to ancitipate your opponent’s movements, reading the map, understanding how your game has to develop, and many other things. Last, but not least, the team aspect, which emphasizes more on a team’s ability to have a clear and efficient communication, healthy dynamic, amongst other things.
If I had to give a percentage to describe which one of these features means the most at the highest level, I would surely say that the tactical and the team aspect are the “game-changers”. The “micro” part of DotA is fundamental, but at the end of the day it is not what differenciates the best teams and the best players. Of course this is my opinion, and by no means do I assume being in the right, but if I had to guess other pro player’s take on the matter, I would not be surprised if they agreed with that distribution.

With that being said, let us now imagine the implications of having a coach live in a game. That person could now monitor many things for the players. He would help them read the map while they focus on their gameplay. He would make sure the communication flow stays efficient and clear by repeating or emphasizing on crucial informations. He could also monitor the energy / mindset of the team during the game. He could also obviously help the team with the strategical part of the game, both in making their own come together, but also countering what their opponents present.
I still believe players would have to do some of the work, of course, because at the end of the day that is the nature of DotA, and what the game requires, even if you try to take some away and change the game completely. But still, a big part of what makes a great dota player great, would be taken away.
I personally think that, if this is meant to be, it is the saddest thing that happened to DotA in years. Once again, it is a matter of opinions, and I only allow myself to share it here because it’s a topic close to my heart. At the end of the day, it’s a Valve call, if not a community one.

Now onto the situation that presented itself.
Last time Valve made a change that was not even as significant, allowing coaches just during drafting phases, they communicated with all the pro-teams beforehand and announced it publicly on the dota2.com website. It seemed like a very big deal, because it was.
This time around, some would want me to believe that an even bigger change, that fundamentaly changes the way the game is going to be played, would just happen over an email, not even sent by Valve themselves.

Maybe it is the case, maybe not. All I know is that if this is not a “mistake” by ESL or who ever is in charge, it is very poorly communicated and handled in regard to the competitors and also the spectators. That change would be a revolution for DotA, and the way things were handled just feels like a miscommunication that some are exploiting.

Alliance has apparently followed the rules, and read what was sent to them more carefully than other teams. In that sense, I don’t believe they did anything wrong, and are just using what they can to their advantage. Other teams, including my own, should take that as a lesson to pay more attention to potential changes to rule books, even to the least expected ones.

On the other hand, Alliance players, just like any other pro-player really, have heard about that discussion over the years. Will one day coaches be allowed in-game in DotA? Just like in CS:GO ?
Very controversial discussion, very big deal, and everyone has been looking at valve wondering what their position about it would end up being. But it always remained something hypothetical, and Valve never even hinted that anything would change in the future.

To my knowledge, Alliance is the only team to use that feature ( if it is even meant to be one ), because it has always been forbidden. So was that golden rule meant to be broken over a simple email sent by an ESL employee, maybe. But I have a hard time believing that even Alliance themselves buy that version of the story.
To me it simply look like using everything usable to your advantage, and that is fair, even if I have very little respect for that way of handling things.

But life is life, and competition is fierce, in every sense of the word.

Anyways, I just hope that, regardless of the Alliance case that matters very little in the big scheme of things, Valve will clarify things about such an important rule and update to how the game is being played, especially with TI coming up. If DotA became a six-man game, in the booth to, with no official communication or discussion with teams that have been preparing for almost two years now, then it’s quite saddening.

At the end of the day, we all want the best for this game and its competition.
Thank you for taking the time to read.

Secrekt back to top1 for sure

Alliance following the rules and using coaches in game shouldn't cause them to take any flak, but said rule seems pretty terrible both in concept and execution. First of all, coaches being allowed in the game is a huge change that should be more than just a line on an email to

why's everyone acting so surprised? Ive heard quite a bit ago that coaches are now allowed to talk ingame, as opposed to only in the draft 🤔.

also some ppl dont seem to understamd. The coach can only view his team's pov. (to ppl saying OMG HE WILL KNOW ALL CD'S & timings)

Notail is one of the nicest guy, but after one bad take the internet hate mob turns on him.
People just love watching others burn.
SAD
Had a good laugh reading some of these commentshttps://t.co/iOZtW6sLAn

It's with that said we are happy to share that @Peterpandam will join us as a Coach on a trial basis!🤝

Can we just take a minute to talk about the fact that a DPC TO decided to randomly take things into their own hands & introduce rule changes in 2 of the 6 DPC regions without even discussing it with Valve?

What does "we did not fully inform" even mean in this context?

Hot damn twitter is getting spicy tonight from DotA2